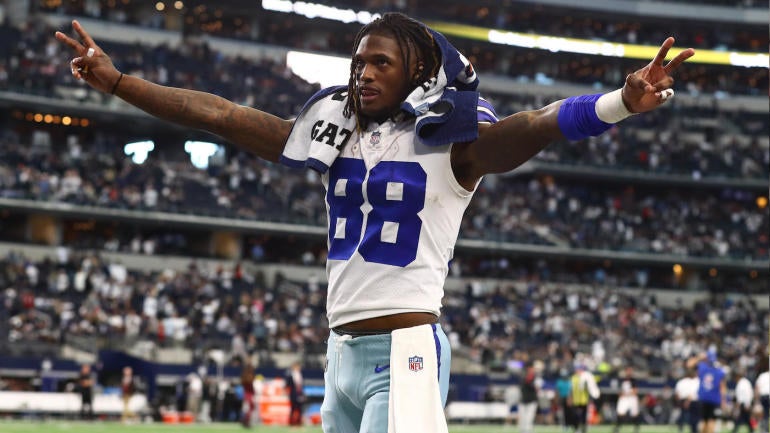 CeeDee Lamb returned to the field for the Dallas Cowboys in their week 13 matchup against the New Orleans Saints after missing the previous game with a concussion, but helped his team score a win at Caesars Superdome Thursday night. And while the two-time all-pro running back Alvin Kamara was unable to occupy the field due to injury, the defeat of the Saints was preceded by a win for both sides – when Lamb and Kamara teamed up for a good cause.

The two stars teamed up with Sneaker Politics, a Lafayette-based sneaker and lifestyle brand that also has a store in the heart of Dallas (Deep Ellum), releasing limited-edition Gameday hats and t-shirts with the aim of Generate income that is then fed back to the community. According to Sneaker Politics on Instagram, 100% of the proceeds from sales should be donated to charities selected by Lamb and Kamara.

According to Dallas Reports, Kamara made his choice to help needy families in New Orleans during the vacation. Sneaker Politics selects these families based on their submissions. Lamb’s donation goes to The Elephant in the Room, Inc., a charity founded in 2017 to help others who lack the courage or knowledge to help themselves deal with the effects of mental health.

Lamb, who attended high school in Fort Bend County, TX, is originally from Opelousas, LA (north of Lafayette), where he and his family lived until Hurricane Katrina forced evacuation in 2005 and subsequently devastated the community in Louisiana goes deep into Louisiana and is making a concerted effort with New Orleans’ favorite superstar – Alvin Kamara – who is much stronger in her mission to make the holidays (and beyond) special for the less fortunate.

You can still purchase the special edition merchandise by visiting Sneaker Politics online to support their mission.

Letters to the Editor – Musings on COVID-19, the virus that won’t go away