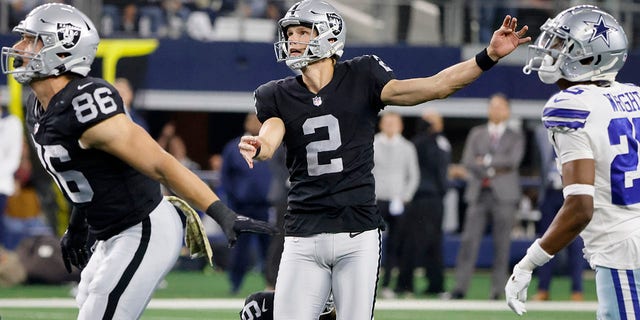 Raiders kicker Daniel Carlson played the hero in the overtime win in Las Vegas on Thanksgiving against the Dallas Cowboys, but he almost didn’t make it onto the field.

Carlson told reporters after the game that he was dealing with food poisoning.

“I told them, ‘I’ll find a way to play. If I have to, I’ll find some adult diapers or whatever. I’ll find a trash bag on the edge.’ It was good to go, “Carlson said of Pro Football Talk.

The kicker had to take three consecutive penalties before attempting the kick. 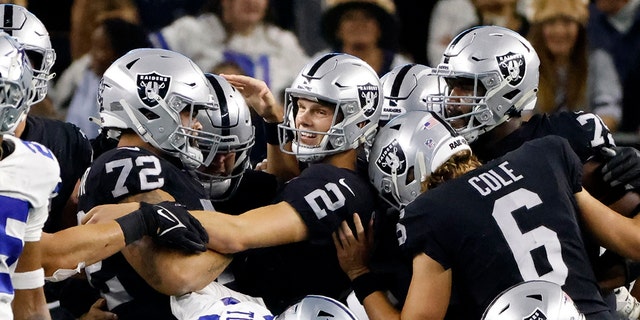 “It felt like an eternity out there. I think I kicked three of them. Really, I kicked two of them. I thought I might as well try to meet her. Maybe even having a flag half-kicked it counts. I’m just trying to take them one by one and seal the deal. Great game. Great day for the Raiders, “he added.

Carlson is at field goals 24-27 this season. He is in his third full season at Las Vegas. 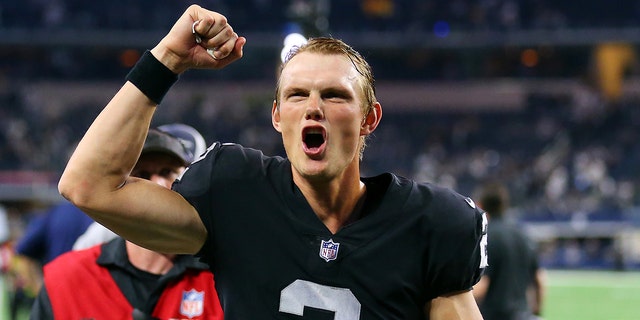 The Raiders have struggled to stay in the AFC West playoff race during a turbulent season. With the win over the Cowboys, the team moved to 6-5.