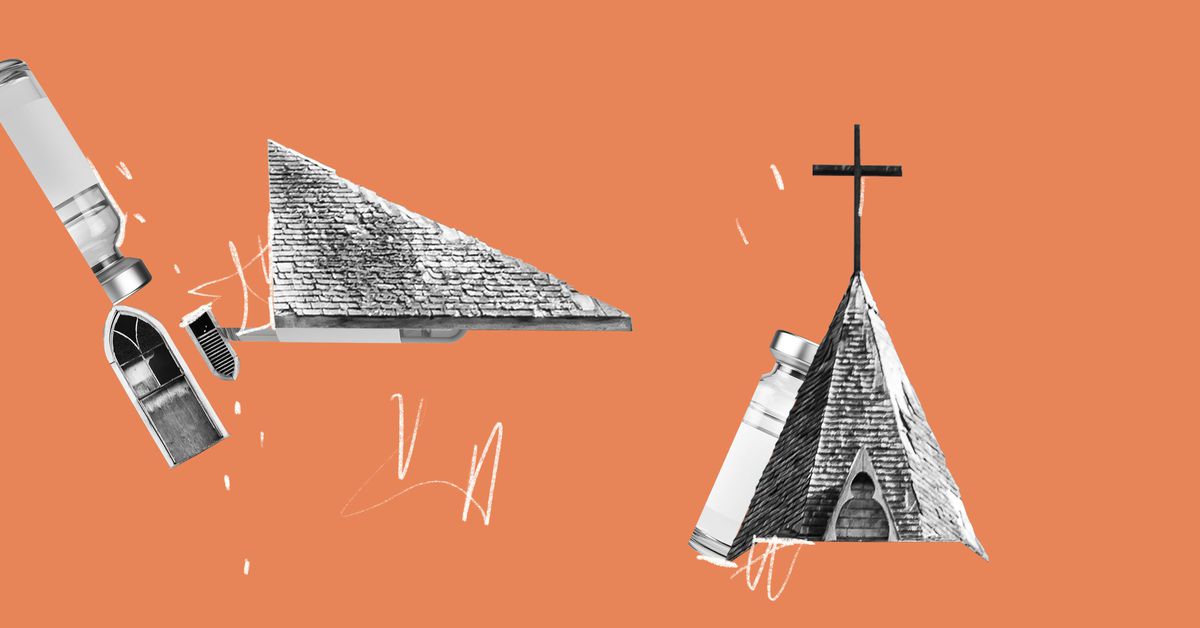 About half of Americans say COVID-19 vaccine mandates should include religious exemptions. But some of these adults view vaccinators with suspicion.

This is one of the key takeaways from a new Faith and Vaccination survey published last week by the Public Religion Research Institute and the Interfaith Youth Core. Researchers found that many people have complex – and sometimes conflicting – views about the role of religion in the COVID-19 crisis.

Overall, very few US adults see any tension between supporting vaccinations and living out their beliefs. In fact, nearly 6 in 10 say getting a COVID-19 vaccine is a way to answer religious calls to love one’s neighbors, according to the survey.

However, many Americans seem to realize that some people do not share these views. Fifty-one percent believe vaccination regulations should allow religious exceptions.

“The percentage of Americans who are in favor of exemptions (today) is similar to June (52%) and slightly less than in March when 56% of Americans preferred them,” researchers found.

Members of certain denominations and political parties support religious exceptions more than others. For example, nearly three-quarters of Republicans (73%) are in favor of granting exemptions to religious objectors, compared with just one-third of Democrats (33%).

Among religious groups, White Evangelical Protestants (76%) and Latter-day Saints (66%) stand out for their support for religious exceptions. Religiously unrelated adults, Jews, and other non-Christians were most likely to oppose it.

The researchers also asked how people feel about using religious exemptions, and they were surprised at what they found: 6 in 10 Americans say there is no valid religious reason to turn down COVID-19 vaccines, and almost the same proportion (59%) say religious exemptions are being abused.

In other words, the poll showed that the number of Americans who are skeptical of religious objectors is higher than the number who speak out in favor of offering religious exemptions from vaccination orders. These results help explain why the vaccine mandate conflict is so complex, the researchers noted.

Despite concerns about how religious exemptions are used, many Americans believe that religious objecters don’t have to work too hard to prove their concerns are legitimate.

Nearly 40% of adults in the US agree that “anyone who says the vaccines violate their religious beliefs should be eligible for an exception”. Slightly higher proportions (around 50%) supported employers who asked for a letter from a religious leader or proof of previous refusals to vaccinate.

A handful of states have passed laws in the past few weeks to make it easier to obtain a religious exemption from COVID-19 vaccine mandates, the Deseret News recently reported.

The new survey found that just under half of Americans (44%) are currently covered by mandatory vaccination at work. About a third of unvaccinated adults say they are planning to apply for, or have already applied for, a religious exemption.

Receive weekly stories to deepen your understanding of religion in the public square.