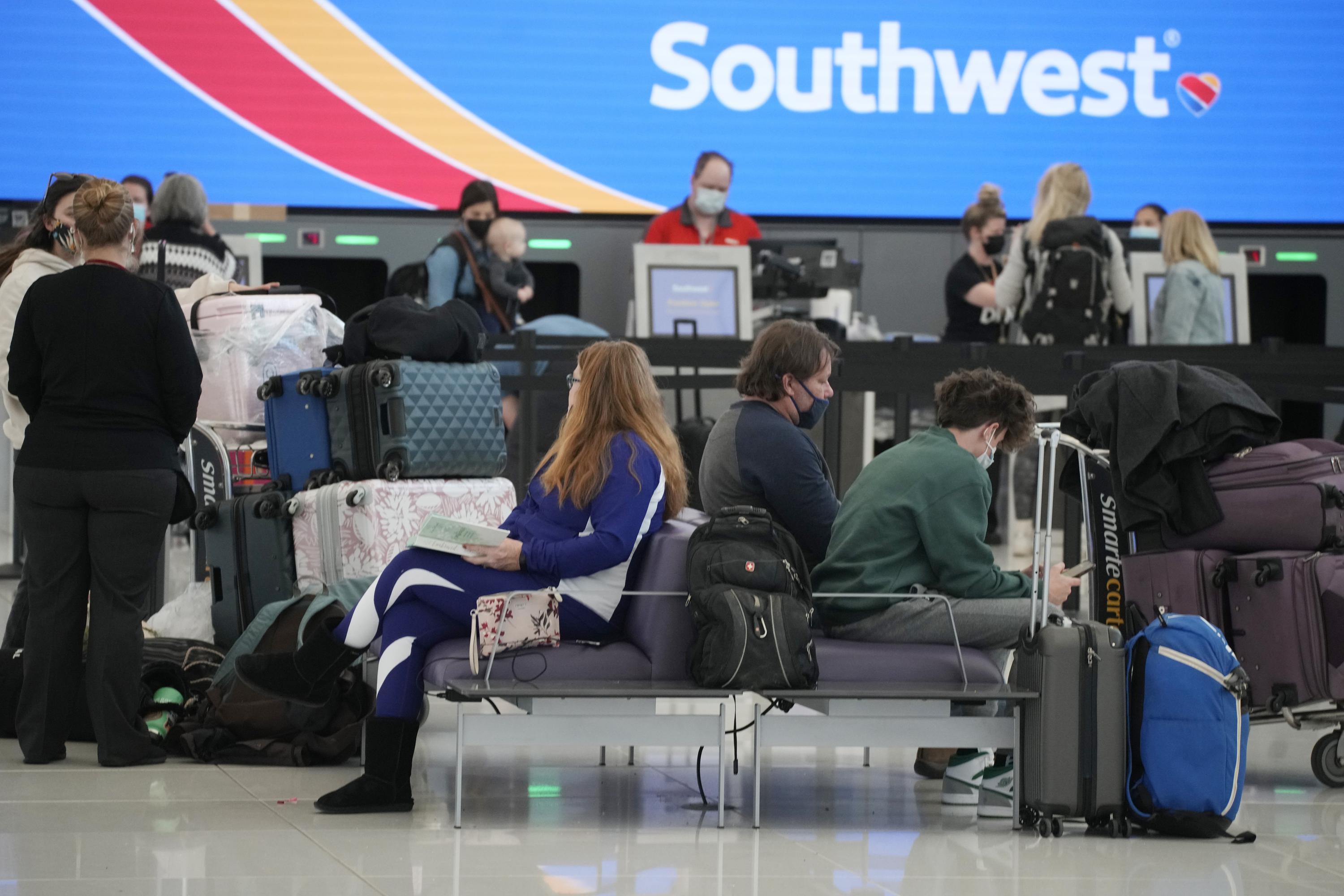 DALLAS (AP) – Southwest Airlines said Wednesday that it expects to turn a profit in the fourth quarter and all of 2022 as air traffic recovers from the pandemic and that the new COVID-19 variant will not affect bookings .

Company executives said travel demand was strong over Thanksgiving and vacation bookings continued to be better than expected well into December.

Dallas-based Southwest said fourth quarter revenue will still be 10 to 15% below the same period in 2019. However, this is an improvement on Southwest’s earlier forecast that sales would be 15 to 25% below 2019 levels.

Southwest, the country’s fourth-largest airline by revenue, reported a profit in the third quarter, but only due to federal pandemic aid. Without help from taxpayers, the airline posted an adjusted loss of $ 135 million.

“With a bit of luck, the last quarter was our last loss quarter,” said CEO Gary Kelly to analysts at an investor event in New York.

Southwest hopes to restore dividends and possibly buy back its own shares again in 2023. U.S. airlines will not be allowed to buy back shares to receive government aid until September 2022.

Executives tabled a five-year plan to increase revenue through a new credit card deal with JPMorgan Chase by capturing more business travel and introducing a new, fourth tier above the current cheapest tariff in mid-2022.

Southwest needs revenue to keep up with rising costs. The company has increased the pay of some jobs because of the tight labor market and is negotiating new contracts for pilots and flight attendants with unions. Southwest expects to spend $ 1 billion to $ 2.5 billion annually from 2023 to 2026 to overhaul its fleet of hundreds of new Boeing 737 Max aircraft.

Southwest had high numbers of canceled flights during the summer and part of October, and several hundred flights a day continue to be delayed. To fix the operation, Southwest has cut its schedule and expects to hire about 4,000 employees by the end of the year to replace some of those who resigned during the pandemic.

Southwest, the fourth largest US airline by revenue, is moving from longtime CEO Kelly to Robert Jordan, the company’s president, who will become CEO on February 1.

“We are completely aligned with each other in terms of the direction of the company,” said Jordan of himself and Kelly. “We are not reinventing the company after the pandemic. But on the contrary.”

Southwest stocks rose about 1% in afternoon trading, less than other major US carriers.