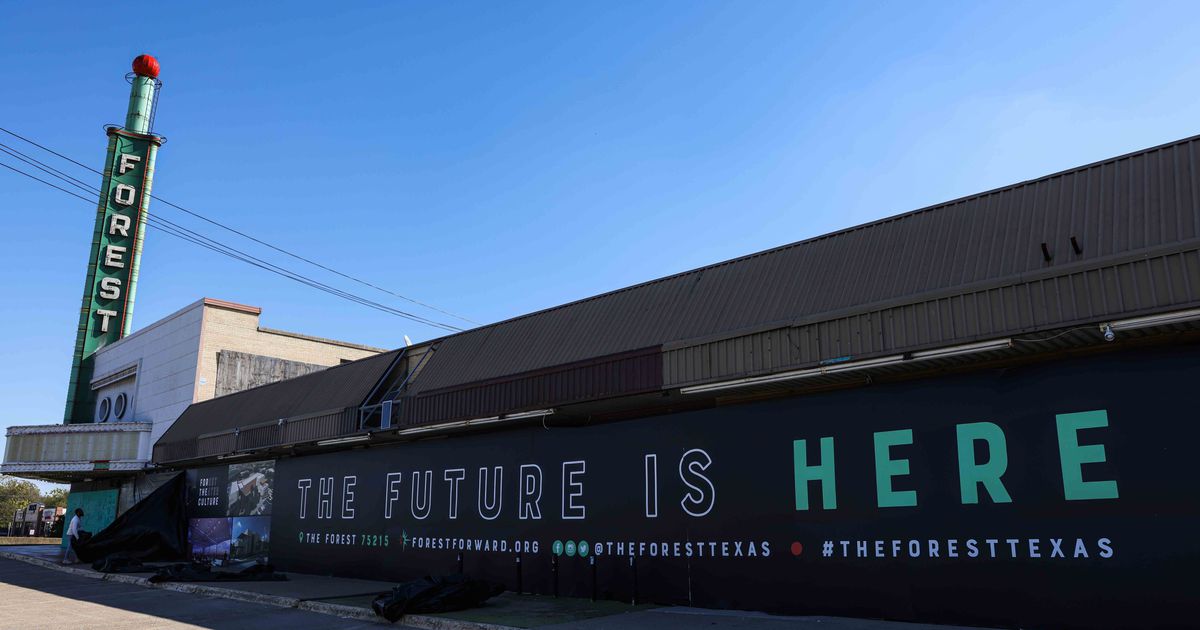 Will this time be different for South Dallas and the Forest Theater?

That was in the 1950s and 1960s, but South Dallas hasn’t forgotten the place that used to be its anchor. It was the Forest Theater, not Fair Park, the site of the annual State Fair, which then welcomed the residents of South Dallas with open arms.

All sorts of personalities with great ambitions to revive the theater have come and gone, but we are optimistic that these recent efforts are moving forward on solid ground. On Friday, after years of collecting community contributions and working with Dallas civic leaders to get the project off the ground, the nonprofit Forest Forward unveiled detailed plans for the renovation of this landmark.

Elizabeth Wattley, the region-raised CEO of Forest Forward, said the nonprofit has already raised a third of its $ 75.215 million fundraising goal. The total amount – a symbolic nod to the South Dallas zip code – will fund the expansion and preservation of the Forest Theater, the construction of nearby mixed-income homes, and an education initiative.

The new academy was until recently the MLK Jr. Learning Center and is a few blocks south of the theater. Officials want it to become a talent pipeline for the prestigious Booker T. Washington High School for the Performing and Visual Arts at the Dallas ISD.

The campus will add a grade level through eighth grade each year. Linley said the MLK Arts Academy campus can meet the needs of current students, but the theater will provide professional space for older students as they prepare for high school. He described the project as “transformational”.

“We’re very excited,” he told us. “I can hardly wait to sit in the forest theater for the first time and watch our children perform.”

If all goes well, the theater could reopen by 2024.

Those envious of neighborhood redevelopment quickly attack projects like this as harbingers of gentrification. But what we sensed in the crowd of community leaders who watched the unveiling last week was pride and enthusiasm. This is their theater. It’s time for it to shine again.