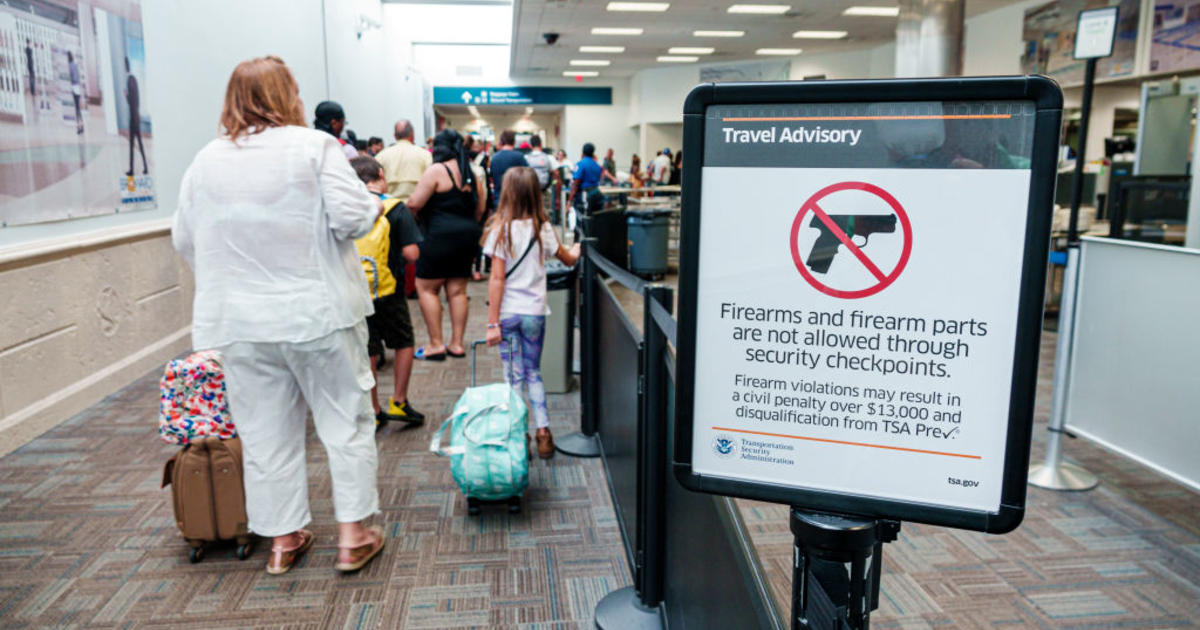 Nearly 5,700 firearms were seized at airport security checkpoints in 2021, the highest number the Transportation Security Agency (TSA) has recorded since its inception.

A whopping 5,674 guns were stopped in 2021 alone, the agency told CBS News on Monday. The vast majority of weapons – 85% – were loaded with ammunition. Atlanta, Dallas-Fort Worth and Houston airports ranked the highest for seized firearms.

“It’s an all-time high,” TSA administrator David Pekoske told reporters during a briefing on Monday. He said the previous high was 4,400 weapons that were confiscated in 2019.

Pekoske told CBS News that he believes the increase in firearm seizures “reflects what is going on in the country.”

“The reason? I think there are simply more arms transports in the country,” said Pekoske. “That’s the best answer I can give you,” added the administrator.

According to the TSA policy, individuals carrying either loaded firearms or unloaded firearms with available ammunition can face fines ranging from $ 3,000 to $ 10,000 and criminal referral to law enforcement. For repeat offenders, this fee is even higher. Those who have carried loaded guns through security checkpoints in the past may be required to pay up to $ 13,910.

“It’s a pretty costly mistake,” said Pekoske, noting that the TSA would not approve civil sanctions until an investigation is complete. When passengers violate state law, the TSA refers cases to local authorities.

Last week, a 48-year-old Georgia man appeared in federal court in Newark, New Jersey on charges of gun possession after allegedly attempting to carry a firearm through security at Newark Liberty International Airport. Acting US Attorney Rachael Honig announced that Desmond Herring was charged in a case of carrying a gun on an airplane and possession of a firearm and ammunition by a convicted felon.

Hering was released on a $ 100,000 bond with house arrest and GPS surveillance.

In November, Chaos has broken out at the main security checkpoint at Hartsfield-Jackson Atlanta International Airport when a gun was fired during a TSA screening. One passenger who had been instructed not to touch his searched bag “stormed into the bag and grabbed a firearm and it was unloaded,” the agency said.

The TSA also announced Monday that it anticipates vacation travel will be in full swing this year, with peak traffic on December 23 and January 3. The administrator, along with industry leaders, urged passengers to avoid travel during “rush hour” – between 5:00 am and 7:00 am and 4:00 pm and 6:00 pm – around the holidays.

Officials screened nearly 21 million travelers during the 10-day Thanksgiving holiday, which was the pre-pandemic travel level.

The top 10 airports for gun stops according to the TSA are:

Kathryn Krupnik contributed to this report.